This Ham and Potato Casserole has layers of ham, potatoes and cheese with an au gratin crust on top. Baked in the oven in a cast iron skillet, it’s a hearty and satisfying meal the whole family will love! 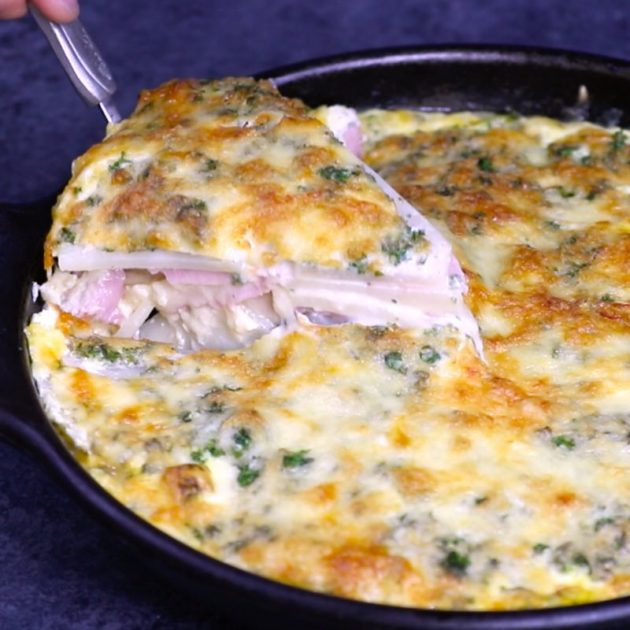 This casserole is one of my favorite comfort foods, and it’s a great way to use up leftover ham after a feast. Adults and kids alike will appreciate its creamy, stick-to-your-ribs flavors!

We made it with a cast iron skillet, but you can just as easily use a square 2-quart baking dish. You can serve it for dinner or make it for a party or potluck!

How to Make a Ham and Potato Casserole

This recipe is easy enough to make. The most time-consuming part is slicing the potatoes, so use a mandoline if you have one, or just a sharp knife and a cutting board.

Once the potatoes are ready, proceed to add layers of potatoes, ham and sliced cheese to a greased skillet or baking dish. Repeat until the skillet is filled up. Then top with minced parsley and shredded cheese for the au gratin crust.

The last step before baking is pouring an eggs and cream mixture over the casserole, which will make it nice and creamy. Now, just bake at 350°F for 40-45 minutes or until the top is golden and bubbly and you’re done!

This short tutorial shows you how to make a ham and potato casserole:

What to Serve with Ham and Potato Casserole

While this casserole is a fabulous meal on its own, it also goes well with a side salad or vegetable such as steamed broccoli or carrots. 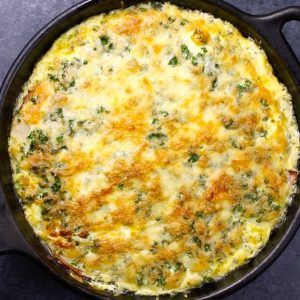 The post Ham and Potato Casserole appeared first on TipBuzz.