Roti is a soft and pliable flatbread that’s perfect for serving with curries and other Indian and West Indies dishes. Learn how to make homemade roti bread step-by-step the easy way! 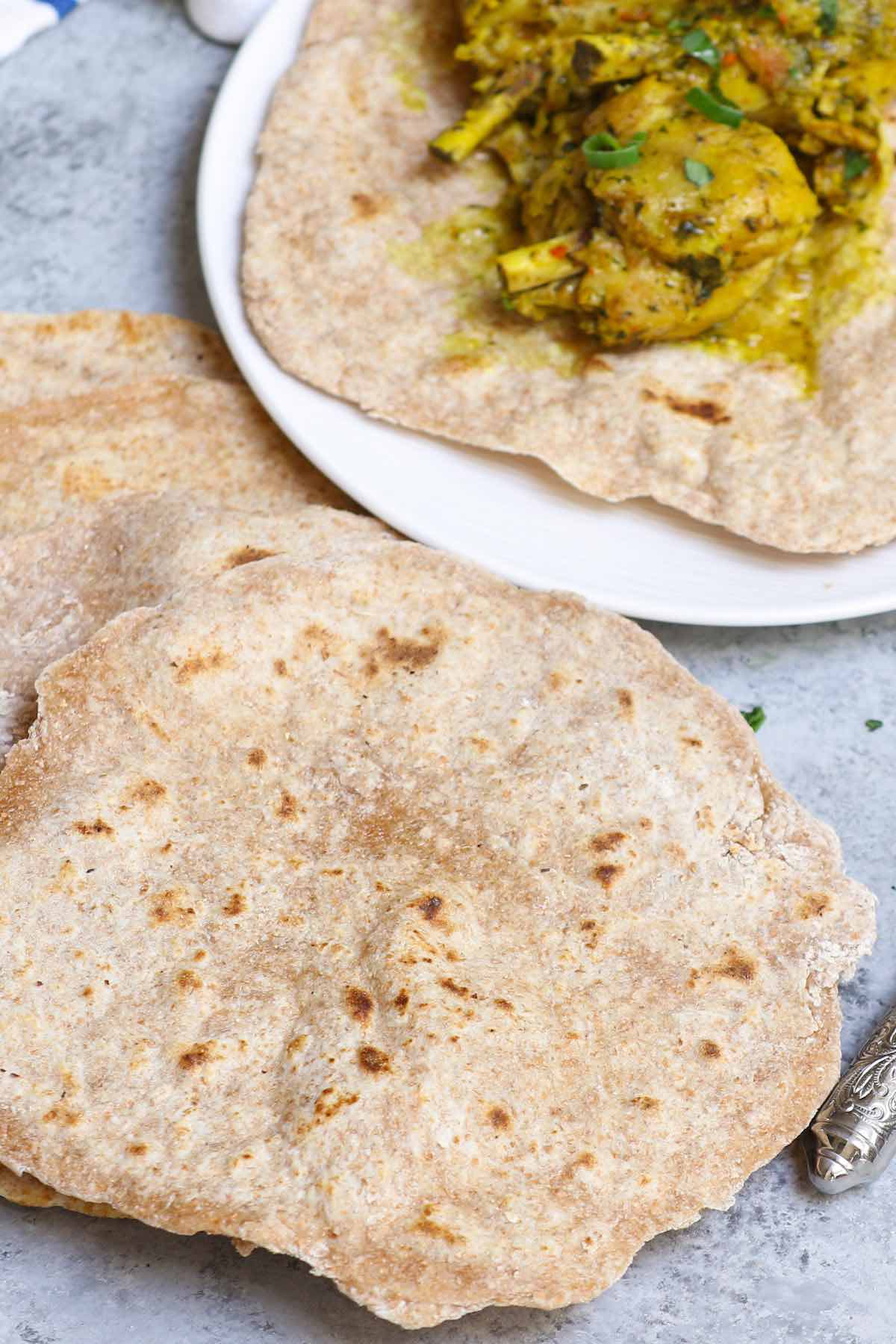 This soft and pliable flatbread is one of my all-time favorites. So simple to make and so versatile, since you can use it scoop up curry dishes while soaking up the delicious sauces. Totally addictive!

Anyone can make roti bread, as there’s no leavening required. In spite of some complicated recipes out there, you’ll find this recipe failproof and easy to make.

Roti is an unleavened flatbread popular in India, the Caribbean and some Latin American countries. It’s made in a skillet or a tandoor, puffing up from the heat while cooking.

Indian Roti: The foundation is atta, a finely-milled whole wheat flour that’s also used in breads such as chapati, puris and paratha. Other ingredients include water and sometimes salt and/or oil.

West Indies Roti: Recipes in Trinidad and Jamaica usually use all-purpose flour and baking powder to make a thicker bread. Sometimes up to half the liquid is coconut milk instead of just water.

How to Make Roti

You’ll need a large cutting board, rolling pin and medium-sized bowl. Start by adding the atta or whole wheat flour to the bowl. Add the salt and oil followed by the water.

Mix using a wooden spoon until a dough forms. Next, turn it onto a lightly floured work surface. Knead for about 10 minutes to create a soft and pliable dough. If it feels sticky, dust with additional flour as needed. If it’s dry or cracking, sprinkle droplets more water as you knead.

Now cover the dough with plastic wrap and let it sit for at least 10 minutes and preferably 30 minutes. This step allows the flour to become full hydrated with the water before rolling.

Break the dough into 10-12 equal-sized pieces and lightly flour the work surface. Place on in the middle and roll it out to about 6-8 inches in diameter (about 1/8-inch thick).

Put it into a hot skillet and cook for 1-2 minutes undisturbed until it starts puffing up and brown spots form on the underside. Flip and cook for 1 minute more until puffy and then remove to a tea towel to keep it soft.

This quick tutorial shows you how to make roti bread: 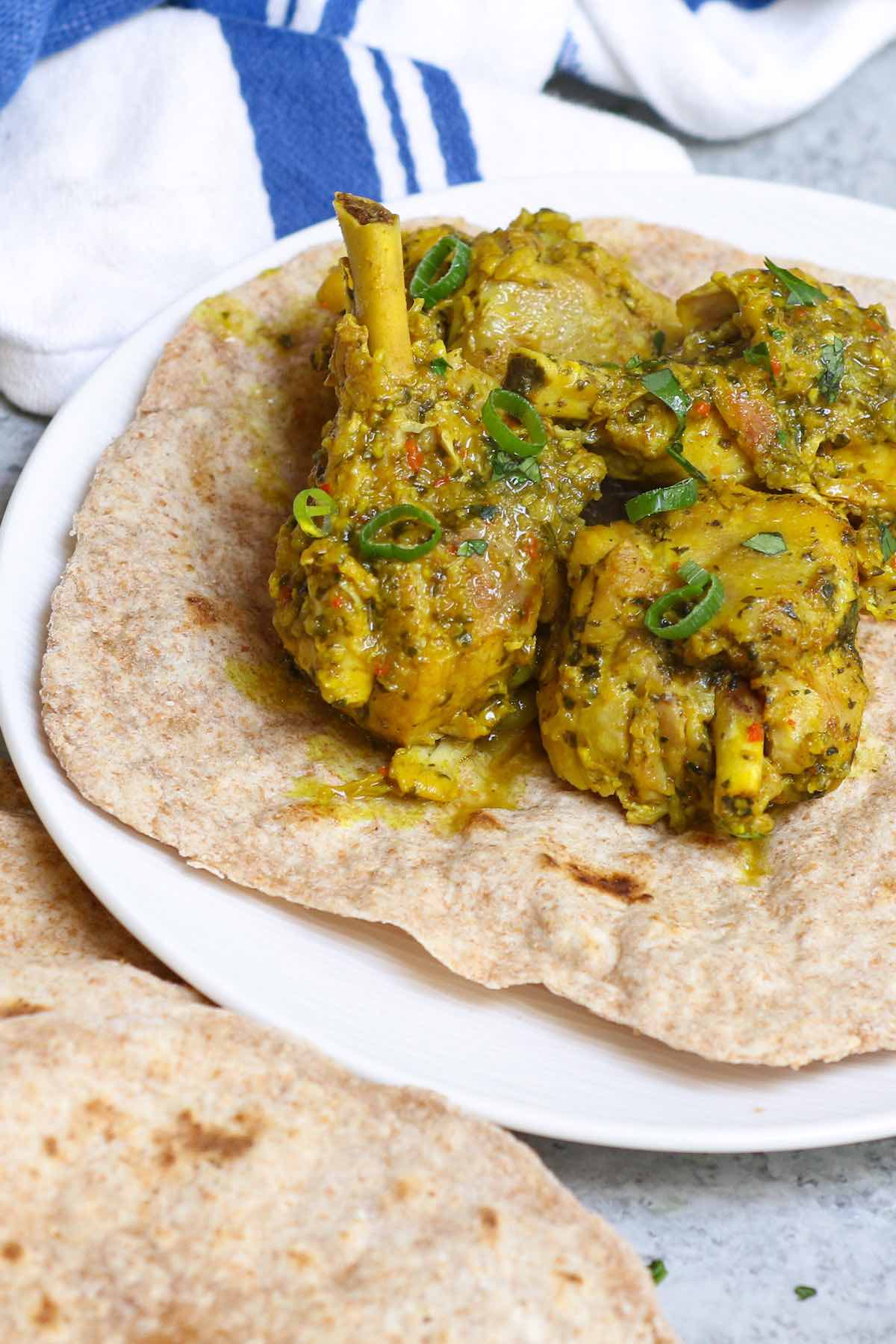 Dishes to Eat with Roti: 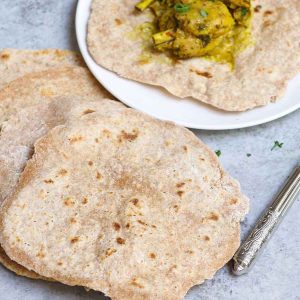 How to Make Roti Flatbread