Delicious spice cake doughnuts dipped in sweet maple glaze and topped with crushed walnuts. These maple doughnuts taste like fall – and best of all, they’re baked instead of fried! 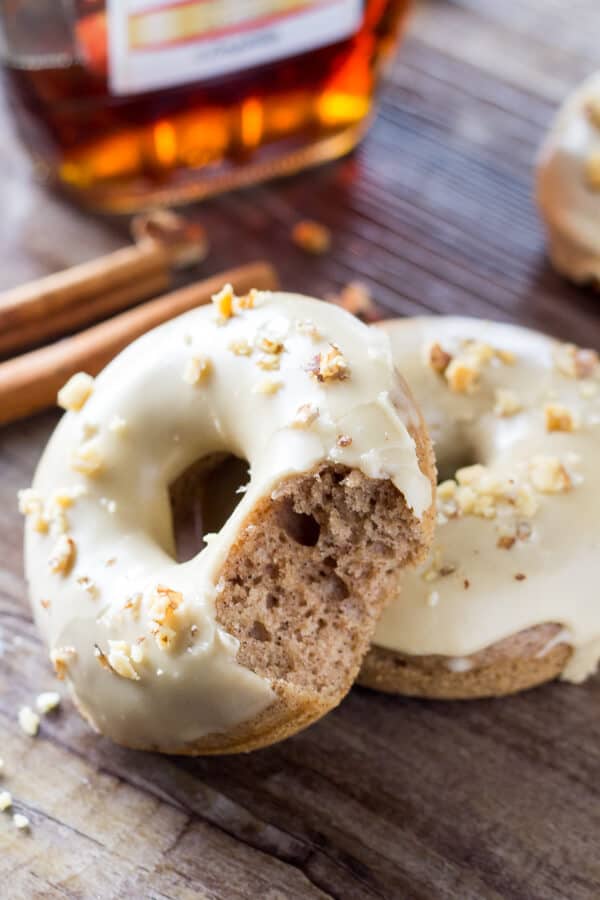 There’s something so very comforting about doughnuts. They’re like the feeling of childhood and relaxing mornings with a large coffee all wrapped into one delicious baked good that’s dipped in glaze and sprinkled with love.

Anyways… As the weather dips, the leaves turn orange, and sweater weather is upon us – I decided it was an ideal opportunity to make doughnuts. Maple Doughnuts in fact. Because baked goods + fall = love.

And these baked maple doughnuts taste like fall in doughnut form. 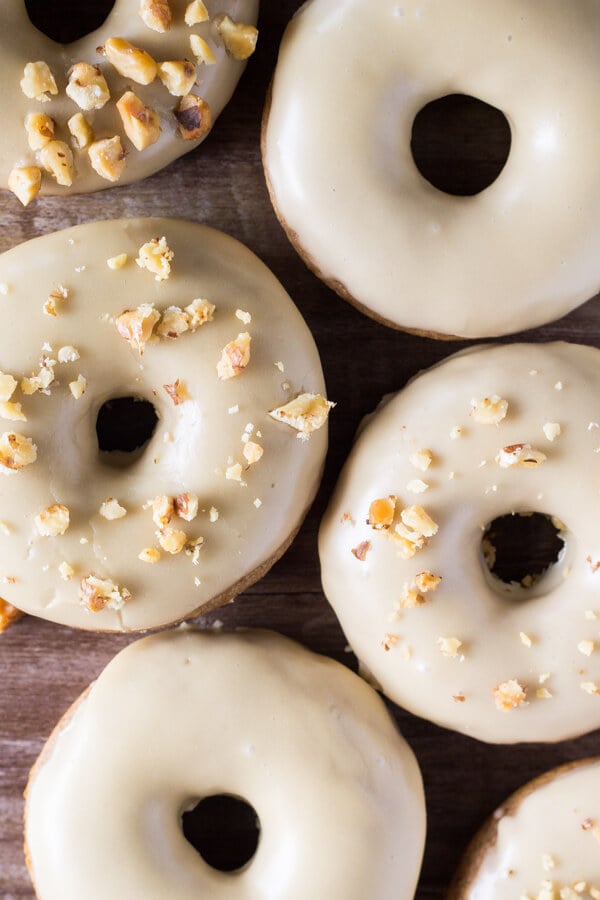 In this maple doughnuts recipe we’re making a delicious spice cake doughnut made with cinnamon, nutmeg & ground cloves. Then they’re full of brown sugar and vanilla for the most comforting, rustic, homey taste. The batter also has a hint of maple syrup in it for extra deliciousness.

Then there’s a secret/not so secret ingredient to what makes these cake doughnuts so tasty: We’re using brown butter!!! Brown butter is what happens when you melt butter in your saucepan while gently stirring, then leave it over the heat and continue gently stirring after it’s melted. It will crack, pop and bubble; then after a few extra minutes, you’ll notice little brown flecks start to form as it froths. It gives off a deliciously nutty aroma and the butter will look amber in color from the little brown flecks (these are milk solids). Below is a picture of our brown butter to give you an idea.

(Note that while the recipe calls for 1/4 cup butter, we won’t be using all of it – the volume actually decreases as you brown the butter).

Now – I like these spice cake doughnuts perfectly cakey, deliciously dense and perfectly moist – which means we’re using buttermilk and sour cream in the batter. Be careful not to over mix the dough, or else your doughnuts can get tough and hard in texture.

After they’re baked in a doughnut pan – it’s time to make the maple glaze. It’s made by whisking together butter, cream, brown sugar and maple syrup over low heat in a sauce pan – then whisking in some powdered sugar. You can add a little maple extract too if you’d like a more prominent maple flavor. 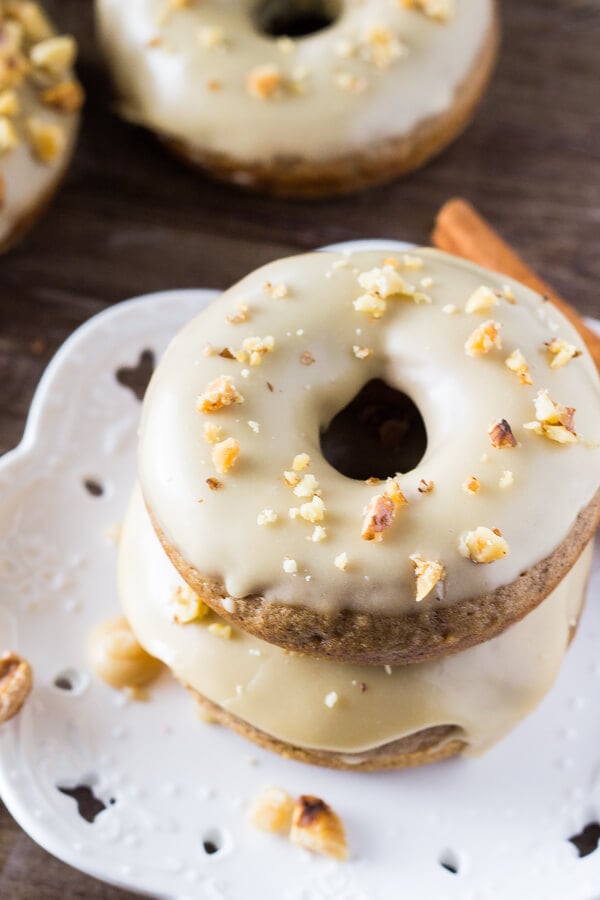 The sweetness of the maple glaze paired with the comforting spices of the baked doughnut is such a perfect combination. Plus, there’s just something about cinnamon & maple that scream fall. What’s on your fall baking to do list? 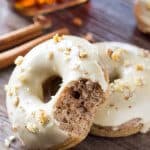 A delicious spice cake doughnut with sweet maple glaze and topped with crushed walnuts. It’s like fall in maple doughnut form – and best of all, they’re baked instead of fried!

For the Maple Glaze

*If you don’t have buttermilk, you can use cow’s milk instead **This recipe requires real maple syrup, not maple flavored pancake syrup